By continuing to use this site, you agree to the use of cookie. You can find out more by following this link.

Final year students of Dietetics and Nutrition at Dublin Institute of Technology (DIT) and Trinity College Dublin (TCD) are the first group to take part in a truly innovative graduate development programme aimed at preparing them for their future professional roles.

A new international design standard for medical device tubing connectors is anticipated to be released in 2015 as part of a phased initiative called Stay Connected.

Congratulations and well done to the 2015 graduates of the INDI & Abbott Certificate in Management and Leadership. 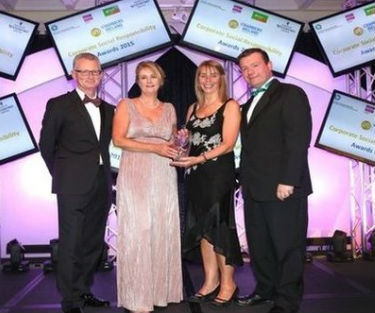 Past events: abbott leadership programme for directors and assistant directors of nursing 2015

Much more than just another app, Abbott Nutrition now offers two innovative and practical tools designed for Dietitians and other Healthcare Professionals, to help efficiently assess and treat patients who need nutrition support.

Past events: abbott leadership programme for directors and assistant directors of nursing 2014 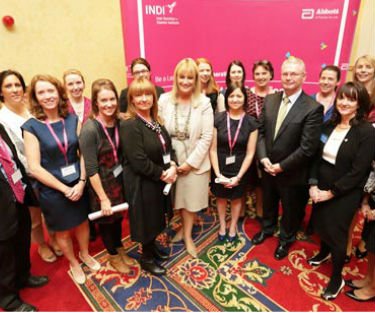 The Abbott Nutrition 'Hot Topics in Dietetics' meeting for Dietitians was held on Friday the 10th October 2014 at The Clyde Court Hotel, Lansdowne Road, Dublin 4.

SAVE THE DATE! 25th March 2014 & 1st April 2014: The latest module in Abbott's Leadership Programme for DONs and ADONs was held in Dublin and Cork.

The Abbott Nutrition 'Hot Topics in Dietetics' meeting for Dietitians was held on the 11th October 2013 at the Aviva Stadium, Lansdowne Road, Dublin 4.

19th September 2013: The latest module in Abbott's Leadership Programme for DONs and ADONs was held in the Clarion Hotel, Liffey Valley, Dublin.

Abbott Nutrition hosted a very successful and well attended educational evening on 12th October 2012 in the National Gallery of Ireland. The format of the meeting was different to previous years with a choice of four syndicate sessions running concurrently.

The Abbott Nutrition 'Hot Topics in Dietetics' meeting was held on the 12th October 2012 at the National Gallery of Ireland, Merrion Square West, Dublin 2.

As part of Abbott Nutrition’s commitment to continuous professional development, we are delighted to present healthcare professionals with a 4-part web conference series on nutrition intervention.

New report: suggests that malnutrition in older people could be costing the state €1.5billion a year

A landmark report by nutrition experts has urged Ireland to safeguard the health of as many as 70,000 older citizens by honouring a policy commitment it made at a key EU meeting in Prague exactly a year ago.

Kidney transplant recipient Valerie Twomey launched her cookery book on Tuesday April 13th in Fallon & Byrne, Dublin and on Thursday April 15th in the Maryborough House Hotel, Cork. This book was warmly welcomed by Irish adults living with kidney disease. Valerie underwent a kidney transplant in 2006 after a number of years on dialysis. During her period on dialysis she managed the challenging dietary restrictions necessary to maintain her health with the help of diet sheets and her renal dietitian.

No larger published study was identified through literature reviews

Abbott Nutrition is delighted to announce the launch of New Ensure® Plus, reformulated for an even better taste. New Ensure® Plus is supported by SUSTAIN*, the largest+ ever independent, blinded and randomised study